Trip 2 - A couple of videos for your viewing enjoyment...

Here is the Finale from our first show in Calamonte:

And Planxty into Encore from our second show in San Vicente de Alcantara:

This is a video that was created by one of the Spanish guys. He sent a link to Monica Walsh, who passed it on to all the dancers via facebook. I thought some of us "not connected" via facebook might want to watch it. He did a very nice job.

Posted by Unknown at 8:02 PM No comments:

Well, I finally figured out the Picasa link thing (thanks to Tracy for sending me some tips) and had time to upload my pictures. It takes forever to load via my wifi. Some videos will be posted at a later date - they take even longer to load.

While we were in Spain, it felt like we lived a lifetime in just a few days. I can hardly believe we've been home over a week now....back in the groove of work for me and the last days of summer for the girlies, I'm sure.

I hope you all enjoy the photo memories. It was a blast!

Manana (without the tilde), Vicki
Posted by Vicki at 2:40 PM 1 comment:

Here is the link from the video coverage Eva sent to some of the dancers via facebook.
Trinity appears around the 3 minute mark and again at 6:30 mark.

Posted by Eileen Gentile at 8:49 AM No comments:

Email ThisBlogThis!Share to TwitterShare to FacebookShare to Pinterest
Labels: Trip1

Cindy Berigan found another article about the Trip 2 festival. I ran it through google translate at her suggestion (pasted below!) I like the part about Irish dance being known for "twists his ankle". Yes indeed, it is.


The next Monday, July 18, will be the XXXII International Festival of Folklore of Extremadura in Spain's Square in the town of Badajoz Calamonte.
The folk group Zobor Slovak University in Nitra, is responsible for inaugurating this year's International Festival, as reported by the local council in a press release.

This folk group, founded in 1965, is one of the oldest folkloric groups in the Slovak Republic. Also, Zobor consists of a brass band and a folk dance group. The repertoire of this group consists of European folklore performances from different parts of Slovakia, which used traditional costumes, dances and songs representing a wide scale in the country's traditional culture.

The other set will participate in this year's International Folklore Festival is Trinity, from the United States, founded by Mark Howard, who won the North American Irish dance. This dance is characterized by the movement of feet, arms do not move as they are fitted to both sides. The dancers wear hard-soled shoes (Jig shoes) and soft-soled (Ghillies), and its performance is characterized by the jumps, with rapid sounds and twists his ankle.

As the end of the Festival, the Association will act Municipal Songs and Dances "San Isidro Labrador" Calamonte, founded in 1998. This association has a new pool of children between three and six years, to participate for the first time at the Festival and continue to participate at regional, regional and national levels.

The festival began to have a presence in Calamonte in 2001 with the participation of groups from Burundi (Africa) Chindia (Romania) and the group Folk Songs and Dances Calamonte San Isidro Labrador.
Posted by Unknown at 10:50 AM No comments: 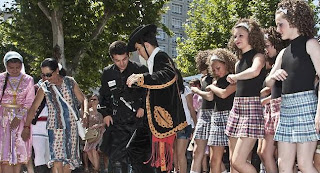 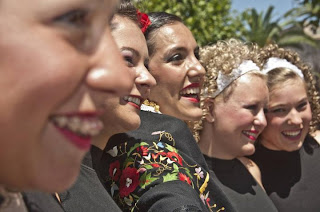 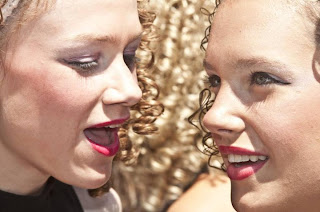 I believe these are more Press photos that our Internet guru Teri Horan found on-line. I'm sure we'll see tons of shared photos once every one sleeps for 24 hours. Enjoy!
Posted by Unknown at 10:34 PM 1 comment: 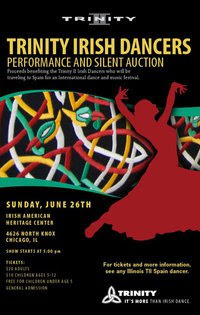